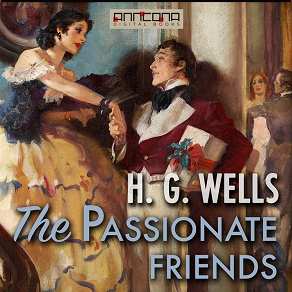 H. G. Wells is best known for his science fiction, but some of his greatest works were in other genres.

The Passionate Friends is a love story. It also is a story about dreams, despair, jealousy, sex, the struggle against social convention, the future of civilization, and much much more.

It is written by a father to his son, "not indeed to the child you are now, but to the man you are going to be." He writes it so that one day, perhaps when he is dead, his grown son can read it and rediscover him as a friend and equal. In the process, he tries to make sense of a lifetime's experiences and distill some kind of wisdom from them. It is quite simply a beautiful book, both inspiring and heartbreaking.

Herbert George "H. G." Wells (1866-1946) was an English writer, now best known for his work in the science fiction genre. He was also a prolific writer in many other genres, including contemporary novels, history, politics and social commentary, even writing textbooks and rules for war games.

Wells is one person sometimes called "The Father of Science Fiction", as are Jules Verne and Hugo Gernsback. His most notable science fiction works include The War of the Worlds, The Time Machine, The Invisible Man and The Island of Doctor Moreau.

Log in to borrow this title and view current loan status.
Read more here How to borrow